Change to penalties for handheld mobile phone use at the wheel 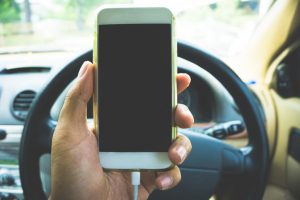 Wednesday 1 March 2017 saw penalties for using a handheld mobile phone while driving increase to six points on your licence and a £200 fine.

Motorists caught using their mobile twice, or accruing 12 points on their licence, will now face a magistrates’ court, and disqualification from driving with associated fines of up to £1,000.

Transport Secretary Chris Grayling said: ‘Our message is simple and clear: do not get distracted by your mobile phone while driving. It may seem innocent, but holding and using your phone at the wheel risks serious injury and even death to yourself and other road users.’

Alongside the new penalties, the government has launched a new THINK! campaign that aims to encourage drivers to put their phone in the glove compartment while driving to avoid temptation.

Although it is not illegal to use a hands free mobile phone, any time a driver’s attention is not on the road can be dangerous. This includes the use of in-cab technology, not just mobile phones.

For more information about the new THINK! campaign, click here.